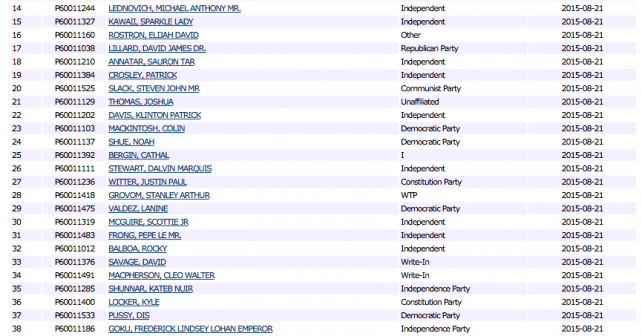 The heat is rising in the 2016 race for President of the United States. More than 575 people have thrown their names into the race prior to the first Iowa Caucus. While Deez Nuts has his own official t-shirt, there are other candidates that are just becoming household names. The following list of the fake presidential candidates 2016 is meant to inform the public. 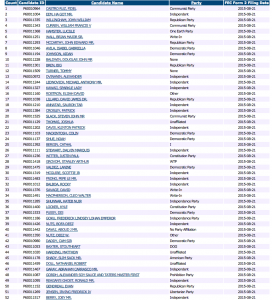 More people are expected to jump in the race for President before the close of this year. The minimum requirements include having $5,000 or more in donations or investing $5000 into a campaign. Anyone can be written on the ballet in most states under federal law.

In a recent PPP poll, Deez Nuts is polling much higher than his democratic competitor, Hillary Clinton. At an average of 9% in South Carolina and 8% in Iowa, Deez Nuts shows now signs of slowing down. The firestore of publicity and not the launch of the official Deez Nuts shirt, is helping to fuel the campaign.